The Irish Pony Society held their annual awards celebration on Saturday 26th March in Barberstown Castle, Straffan. Despite a reduced showing season due to Covid there was a large turnout with over 130 members in attendance to celebrate the achievements of members for the 2021 season. Members from the 8 IPS regions, Cork, Kildare/North Leinster, Limerick/Clare, Northern, South Leinster/Waterford, Tipperary and Wicklow and the Western Area were in attendance and enjoyed the relaxed party atmosphere.

In the opulent surroundings of Barberstown Castle, a new venue for this year’s celebration, the evening started with the singing waitress’s performing a number of popular tunes which got the party started.  The younger members were particularly delighted with the Candy Cart onsite!

Over the next few hours riders excitedly accepted their awards in over 90 categories, energetically clapping for each other and posing  for photos with the onsite Photographer. After an enthusiastic speech by Vice Chairperson Amanda Torrens where she congratulated the members and reminisced on the season’s highlights, over 400 awards were presented to eager recipients.

The Top Category Awards were presented to Amira Curran in the Show Pony and M & M Ridden Categories with her pony Bunbury Suarez with the Mini Show Pony award going to Jessica McAuliffe on Firfle Golden Eagle.  Mini Show Hunter 2021 was won by Robin Lyons Teehan with her pony Woodroyd Go Go Girl, Robins sister Nancy also won the Overall Novice Starter Stakes on her pony Little Dolly. Ella Connolly  won overall Starter Stakes 2021 with her pony Twyford Captain Morgan. Lennon Maloney had another very successful year winning Overall  Mini M&M Pony on Tabita Mini Mix. Once again Lara Field was presented with the Coloured Pony of the year award for her brilliant year on Creganna Dancer. Lara also was recipient of the Connemara WH award for her exploits on Creganna Belle. Jessica Murphy took home the Ridden Connemara Pony 2021 with Rebel Mick. The M & M Working Hunter award went to Emma Jane Leggett  with her pony Doonreghan Oak, while the Mini Working Hunter section was won by Cian Cusack with the ever young Thierry Henry. Charlotte Goor took home the Novice Show Hunter Pony 2021 for her successful year on DJP Secret Agent.  Sophie Connolly was presented with the Overall Part-Bred Award with her pony Wychenlea Polly Pocket making it a double for the Connolly Family on the night. Charlotte Kelly who had just moved up to large ponies won the Show Hunter pony of the year with her young pony Goldengrove Maydream. 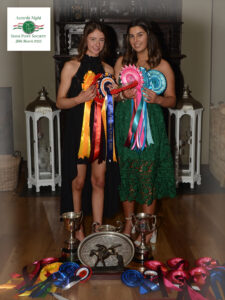 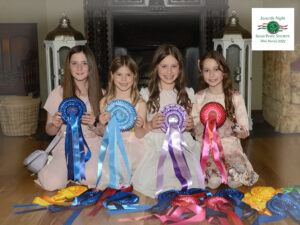 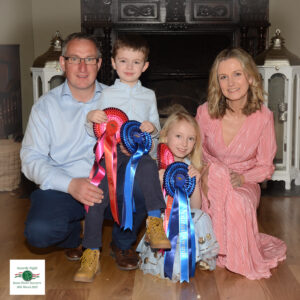 Please click HERE to view Awards presented for the 2019 Season.