The Inn at Dromoland, Co. Clare

All Welcome including any New Members wishing to join for 2015 !

Thanks to all who attended

Daisy McNamara and Uppacott Xotica caught the judge’s eye in the Mini WHP Championship. Olivia Swan and the evergreen Midnight Whisper put in a foot perfect round to take the honours in the Starter Stakes Championship ahead of Kildare’s Leah Heffernan on Brookehall Distant Storm. Nicola Dee partnered her old friend Highland Jiva to a good win in the M&M Championship while Charlotte Hatton took the Part-Bred Championship on the chestnut Seamoor Flashdance. In the Intermediate section Calvin Nugent and Muffin took red and Shane McKenna on the impressive youngster Apache Pinto claimed the Coloured title. In the Show Hunter Pony division Cork’s Alix Cunneen took the spoils while the Family pony lead rein went to Ambrey Brosnahan and Annie Hynes collecting the red rosette in the under 6 lead rein. But the big prize on the first day went to young Verona Madigan whose rocksteady Westfirle Diggory Delvet headed Barkway Chorister and Katie Wyse in the Champion Pony of the Show (Below).

With ponies put to bed at the racecourse, show sponsor Party Time Ltd provided excellent entertainment for the children with lots of bouncing castles, candy floss and the bronco bull, while the parents saw out the year’s longest day with live music by local artists in the entertainment area.

Morning brought more sunshine as record numbers turned out for day two. Things got under way early with seven judges to get trough over seventy classes in six rings and over 20 championships to be decided .
Our first champ of the day went to Olivia Marnane with Wyndham Limelight in the Show Pony section with Amy McNamara taking the Show Hunter equivalent with Penyffynon Ricochet. The in hand ring saw quality over quantity with the elegant Golden Grove Skyfall gaining his Cavan ticket in the Youngstock section alongside Con Sugrue’s Broodmare Champion Little Miss Muffet while Dermot Horgan’s beautifully produced Rotherwood Top of the Pops claimed the Led Championship.
A family pony ring had been added this year for non-IPS members and to the delight of the crowded showground, Brian White held aloft the Limerick/Clare IPS Family Pony Trophy he had won with the coloured mare Cloongoona Poppy (Below).

Pataire Crawford produced a working hunter double with Ardfry Sarabi and Ardfry Balmoral taking both Open and Novice Working Hunter Pony Champion titles respectfully over John Fitton’s well designed track. The M&M category is always very competive and this was no exception where the chestnut Devonhayes Marble (Below), who has been getting better with every show this year, was given a superb ride from Co. Cork’s Michaela O’ Driscoll to ensure her place in the evenings Supreme Championship.

Jessica Murphy booked her place in the finale with Trewolla Truffles securing the Starter Stakes Championship while in the Horse Championship Megan Devaney took top spot with It’s Miller Time. Also taking their place in the supreme was the IPS Spring Spectacular Champion, Margaret Miller’s Amesbury Vanity Fair, ensuring a supreme championship of the highest quality. But the day belonged to Bansha’s Amber Marnane who qualified two ponies into the supreme, having earlier capturing the SHP Mini Championship on Llananant Barcud , decided to stick with her chestnut Sharlen Gone With The Wind (Below), and to her delight was called forward to take the well deserved sash and the Dan O’Connor Cup as the “Party Time Ltd. Supreme Champion 2014”.
The Limerick/Clare committee would like to thank all judges, helpers and all who supported this inaugural show and especially Limerick Racecourse for use of their first class venue and Party Time Ltd for putting on a true “Party Weekend” for children and parents alike.

A huge crowd of adult and junior Limerick/Clare IPS members gathered in the Woodlands House Hotel, Adare last Saturday for the annual points awards party. Tom O’Donnell and Rio McGonigle were on hand with a table full of wonderful awards to present to the delighted junior members and new members each of whom received a beautiful sash and rosette. The Championship Awards were opened with the Intermediate section where Sinead Marks and Sound of Silver took the reserve behind Leana Bartelink’s Poulcoin Spirit with Leana’s Blaenpentir Darach taking the Youngstock accolade with Brian White collecting the reserve with Rosemount Astral. Annie Twomey and the delightful Valmore Irish Mist were next up taking both Show Hunter and Starter Stakes Championships. Rebecca O’Connell capped a great first season with the Connemara stallion Callowfeenish Grey taking Equitation, M & M and Connemara titles back to South Limerick. The Most Improved Rider Award went to Megan O’Sullivan to add to her Show Pony Championship with Barkway Clementine with Megan also collecting the red rosette in the Young Handlers Championship ahead of Rathkeal’s Dominic White jnr. Mount Temple Boy and Katie Marks took reserve in both Open Working Hunter and Performance Working Hunter Championships where Old Pallas’s Aaron O’Sullivan and Cahanagh Prince took top spot to add to the Rider’s Boy Rider and Limerick/Clare IPS Sportsmanship Award  capping off a great season on the Westside Mirah gelding. Chloe McNamara and the evergreen Ballykilty Flame having had a successful year in FY Cradle Stakes took the Mini WH award. The Mini section had Abbie Shannon and Treowen Chanita runner up to Carol Ruttle who capped a super night taking the Rider’s Girl Rider and the coveted Limerick/Clare IPS Overall Pony of the Year Cup aboard the bay gelding Romany River Little Duke who has given his young rider a year to remember. Other winners on the night included Freya Brosnahan, Anna Bannon, Meg Twomey, Mia Bannon, Laura MacNamara, Nathan Ruttle, Vicky Ryan, Sally Hayes, Roisin Hayes, Mairead O’Riordan, Kian Dore, Eilish O’Riordan, Bryan MacNamara, Kate McKenna, Amy McNamara, Claire Nolan, Daisy McNamara, Adam McNamara and Rubi Brosnahan. The evening is never over before the “Rodeo Bull” makes an appearance to the joy of both the small kids and big kids alike! The Limerick/Clare IPS Committee wish to thank the Woodlands House Hotel and Party Time Ltd for a super evening and also a huge thanks to all there members whom have supported the night and worked so hard to ensure all area shows were run to the highest standard throughout the year with our most recent show raising €6190.20 for the JT McNamara Fund in September. Having had a very successful year which had seen members winning at all the top shows from Cavan to the RDS, the Committee are looking forward to 2014 with the highlight being their two day “Summer Solstice Show” on the weekend of the 21st and the 22nd of June in Limerick Racecourse. 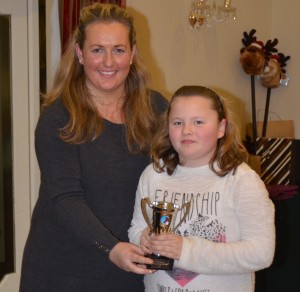 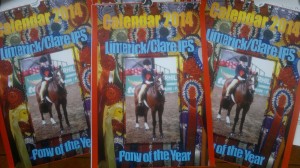