The Irish Pony Society was founded in early 1964 by a group of enthusiasts who sought to have their own identity at both the Horse Show and Spring Show, while also forming their own shows during the year.

It is believed that the first meetings took place at the home of Hazel Warrington in Rathgar and the earliest records of IPS shows dates back to 1966, when they were held on the grounds of Castletown House.

The first classes held were predominately for show ponies and the Society was later named the Irish Pony Society, after the introduction of classes for lead rein ponies, show hunters and working hunters.

IPS classes at both the Horse Show and Spring Show in the RDS were originally confined to the ‘No 3 Carpark’ before being moved to the Main Arena.

When the Spring Show ceased running 20 years ago, the IPS suffered a great loss in terms of exposure but it continued to thrive at the Horse Show and is now a major feature of the five-day spectacular, with a host of classes taking place in Ring 2.

As well as competing nationally, in the 1980s members of the Irish Pony Society took up invitations from the British Show Pony Society (BSPS) to compete at the Summer Championships in Peterborough, first as individuals and then as teams.

This relationship with the BSPS has grown in strength every year since with dozens of Irish competing and winning, at the same show now held in Grantham, annually. 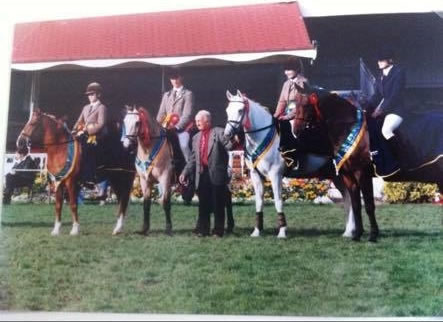